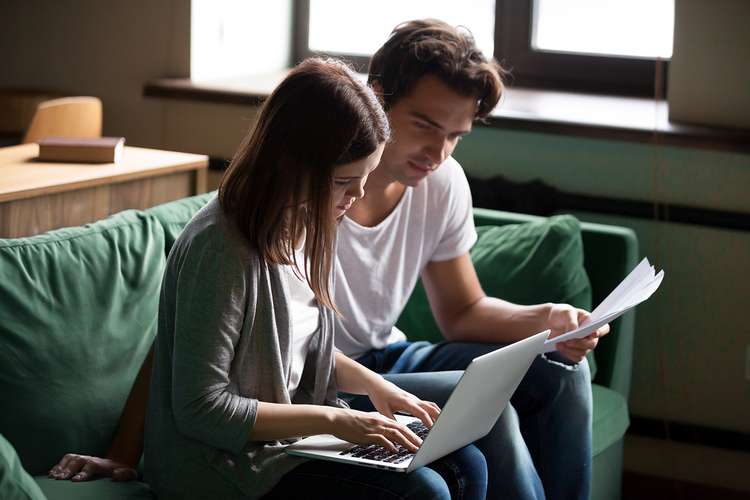 Here in the good old U S of A, few would argue that we’ve been conditioned to believe that homeownership is the key to financial security. But the high value placed on homeownership—and maybe even the American dream itself—is premised on the idea that home values always increase, helping to build wealth.

But what if the opposite happens? If home values decrease, you may end up owing the bank more than your home is worth—hardly a financially stable position. That’s called negative equity, and it can be difficult to avoid.

What is negative equity?

Negative equity is the state of owing more on a property’s mortgage than the property is worth in the current market. Sometimes referred to as being “underwater” or “upside down” on your mortgage, this situation is a worst-case-scenario for homeowners.

Negative equity does not just apply to real estate—it can occur with any financed purchase, especially those that tend to depreciate quickly upon purchase, such as new cars. Homebuyers feel the effects of negative equity most acutely, however, since a home is usually their largest asset and one they are depending on as an investment.

Accountant Eric Nisall experienced this nightmare when his home value tanked in 2009. He had bought his Coral Springs, Florida, condo for $240,000 in 2006, and by 2012 it was worth only around $72,000. Half of the owners in his condo development defaulted, went into receivership, and became part of a bankruptcy case. Despite also having lost his job in 2009, Nisall dutifully kept paying his mortgage.

“Basically what saved me was I had savings, even though I had to dip into my retirement savings as well,” he recalled.

In 2014, he found out about a federal program called the Hardest Hit Fund that assisted homeowners in the states most affected by the mortgage crisis.

The Hardest Hit Fund loans money to pay off chunks of mortgages for those who are underwater. If the recipients continue to pay their mortgages and taxes and remain in the house for five years, the loan is forgiven and zero interest charged. Nisall’s lender got $50,000 toward his mortgage, a loan that was forgiven recently after Nisall paid for and lived in the condo for five years. He now has a $119,000 mortgage remaining on a condo that’s worth $160,000-170,000.

“If I do sell the place, I will walk away with something in my pocket,” he says. “It was a tough time going through all that stuff. I did all my obligations. I didn’t miss anything…With the Hardest Hit Fund, they’re looking out for people who do the right thing.”

How does negative equity happen?

Mortgage lenders try their hardest to make sure a negative equity situation never arises, but there are several ways it can come up. All of them result from home prices going down, not up. The most extreme example of this is a housing bubble, when prices become artificially inflated and then plummet when the bubble bursts. But demographic changes and other market factors can result in subtler negative shifts in price as well.

Another situation that can create problems is getting a very high interest rate and contributing a low down payment, since that means you’ll be starting out with little equity and paying off the principal slowly.

Nisall found himself in this situation, having been forced to accept an interest rate of 6.875% because he had to use the condo development’s preferred lender in order to buy the property.

What are the economic effects of negative equity?

Negative equity is not just bad for homeowners who are in debt. A situation in which many homeowners owe more than their homes are worth causes a cascade of problems as some may choose to walk away from their mortgages—called “strategic default.” Investors buying up defaulted and foreclosed properties creates an artificially high valuation that doesn’t reflect the likely long-term value of property in a given area, making it difficult for those underwater to refinance and get the relief they need in other ways.

The 2009 subprime mortgage crisis demonstrated just how far-reaching such problems can become. A boom in risky mortgage lending led to many homeowners unable to pay for their homes, which in turn dragged prices down, putting many other borrowers underwater.

“For a couple of years after we saw the housing bubble and mortgages were given too easily, short sales were aplenty,” said Stephanie Fox, a real estate broker licensed in Oregon. “Nowadays we don’t see too many of them because of more strict lending requirements.”

According to the U.S. Treasury Department, household wealth lost due to the 2009 mortgage crisis amounted to an astonishing $19.2 trillion. Add to that an additional $11 trillion in losses due to the stock market’s subsequent decline, including $3.4 trillion lost from retirement accounts.

Negative equity is a problem on a personal level as well. Someone with negative equity is unable to sell their home to pursue job prospects elsewhere. Additionally, a burdensome mortgage may make it hard to secure financing for other purchases. Negative equity can even make it impossible for homeowners to refinance to bring costs down.

“Even with that $50,000 [from the Hardest Hit Fund], I was still nowhere near being able to refinance,” said Nisall. “So I had to stay there for the full five years…and still I’m nowhere near where I should be relative to the area around me.”

Is there any way to avoid negative equity?

There’s no guaranteed way to avoid negative equity, since the market can swing unpredictably. However, being vigilant about the market and the circumstances of your borrowing can help put you in as good a position as possible.

“To avoid negative equity, pay attention to values when purchasing the property in the first place,” said Fox. “Be cautious of overpaying and closely consider what you are getting yourself into long-term.”

Other things she recommends are contributing a good down payment to get a better loan-to-value ratio and using funds from a home equity loan wisely. It’s better to use home equity funds to make improvements to the home or add value to your investments instead of to finance other aspects of your life.

Fox recommends a few options to improve your situation if you find yourself with negative equity:

Nisall didn’t need to do any of these things, but if it weren’t for the help of the federal government, he’d only barely be in positive equity territory right now, 14 years after he bought the place.

“I don’t think that there’s a way to foresee that happening,” he said. “The best thing is to be able to be prepared, and if you’re not in a position to buy, don’t force it.”

How to Deal With Bad Neighbors

Tips for how to deal with difficult neighbors.