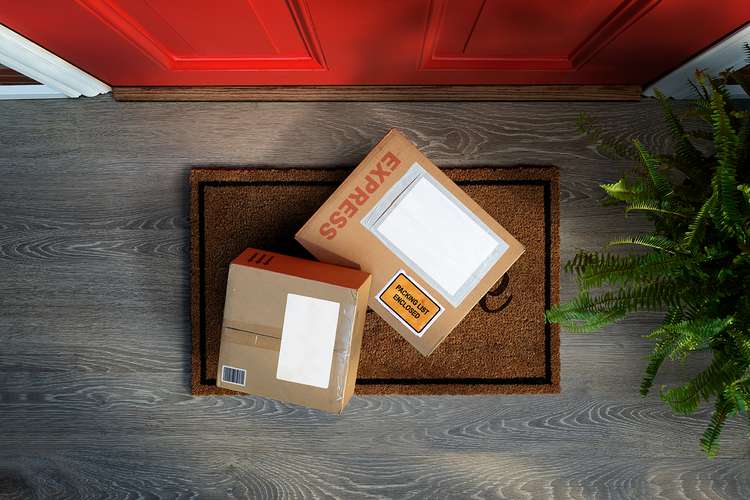 When Karen Kittredge of Baton Rouge, Louisiana, celebrated her first holiday season with a full-time job after completing college and grad school, she was excited about being able to buy nice gifts for her family. Naturally, she took advantage of multiple Cyber Monday deals, buying everything from Kendra Scott jewelry and a pair of Hunter rain boots to a Nespresso machine.

All of her purchases were delivered to her apartment on the same day, but when she got home from work, they were nowhere to be found. That day, Kittredge became one of the millions of Americans who fall victim to porch piracy every year—and realize the importance of holiday crime prevention.

“Living in a gated apartment complex where I had packages delivered to me in the past, I thought it would be safe to do so again,” Kittredge said. “I was furious that someone made out with the gifts I’d bought with my hard-earned money.”

Crime rates during the holiday season

Porch piracy is a growing crime that is especially prevalent during the holiday season. According to a new survey by Shorr Packaging Corp., nearly one in four adults has experienced package theft. Of its 1,000 respondents, 64% have tried to prevent falling victim to this crime by having their packages delivered to an alternative address, such as their office or a friend’s house, and 78% have altered their schedules to ensure they’re home when a package is slated to be delivered.

Additionally, 58% percent said they would specifically change up their online shopping habits during the holidays because of the increased risk for package theft.

Consumers in 2019 were especially at risk because they lost nearly a full week of shopping time between Thanksgiving and Christmas compared to 2018. Between increased commerce and travel, along with financial and work-related stressors, this shorter window of shopping and delivery time is giving way to more opportunities for porch thieves to strike.

Unfortunately, holiday crime doesn’t stop with packages dropped on your porch. Porch thieves are also frequently on the lookout for other easy targets. Follow these tips to lessen your chance of experiencing this type of crime.

Don’t make it obvious that you’re not home. If you’re traveling over the holidays, stop any subscriptions and arrange to hold your packages at the post office.

Don’t leave anything out in the open in your car. Take steps to stow any items out of sight or in your trunk, whether they’re gifts or other valuables. Whenever possible, put them away long before you arrive at your destination and park your car, in case someone might be lurking and ready to strike as soon as you walk away.

Try to avoid becoming distracted while shopping. Once you put your items in your trunk, lock your car and head home as soon as possible. Don’t sit in the driver’s seat and scroll on your phone. Additionally, if you stop for gas, lock your door immediately, especially if you have your valuables or shopping bags in your passenger seat. They could be an easy steal while your attention is occupied as you pump your gas on the other side.

How to stop porch pirates

As previously mentioned, porch piracy increases during the holidays because of the increased volume of unattended package deliveries. While many consumers have installed video surveillance technology such as Ring and Nest doorbell systems, these haven’t proven to be very effective at reducing porch piracy and related crimes.

This is because while these cameras have proven to capture porch thieves in the act, the recordings rarely result in an arrest or package recovery because police departments often don’t have the manpower to launch an investigation.

“The assumption seems to be that if you have a surveillance camera on your door that people are going to see the camera and then be afraid to commit a crime,” said Eric L. Piza, Ph.D., an associate professor at John Jay College of Criminal Justice in New York.

“However, research on video surveillance technology shows that thieves aren’t necessarily scared away upon encountering a camera because they believe they still have enough time to commit the crime and get away.”

One way to reduce your chances of having your packages stolen is to network with your neighbors. If you know someone who works from home or is a stay-at-home parent, discuss the possibility of having them hold any packages they see delivered when you’re not home. Return the favor whenever possible, or ask if there is anything you can offer to help with to ease any potential burden.

You can also consider using a smart lock, which would allow you to provide digital keys for delivery workers (or even guests or dog walkers entering your home), whether it’s with access granted in real-time from an app on your phone, or with a numerical code provided to the person attempting to enter.

Amazon also recently introduced its self-service locker kiosks, which allow users to have their packages securely stowed in Amazon Hub Lockers at nearby locations. Amazon emails users a numerical code to enter into the system, and packages must usually be picked up within three days of delivery.

Many apartment buildings also have these kiosks installed for their residents to pick up packages at their convenience. While this can provide you with some peace of mind regarding package safety, be sure to keep your personal safety in mind and be aware of your surroundings when picking up a package at a locker in a public place.

“This is one way to minimize the risk of package theft, even though you may be forgoing convenience by traveling to pick up your package,” Piza said.

‘Tis the season for increased crime

While the above measures can certainly help to reduce rates of holiday crimes, it’s still important to remain vigilant and use your judgment rather than getting too comfortable and assuming your items are safe.

While Kittredge was able to have her stolen items replaced, she still took steps to reduce her chances of having her packages stolen again by using Amazon Hub Lockers and having packages delivered to her parents’ or sister’s house.

“It took me a long time to be comfortable shopping online again,” she said.

By taking similar steps to thwart porch thieves, you too can ensure a safe and happy holiday season without having to report and replace any losses.

How to Deal With Bad Neighbors

Tips for how to deal with difficult neighbors.